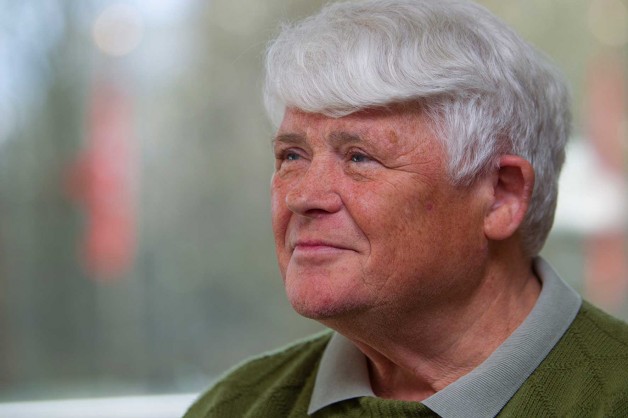 Jan Henrik – he traveled by sea, but not to stay there. Photo: Hans Hekneby Reinertsen

His record says that he sailed as a machinist in the merchant navy, that he later became a land crab and engineer and college lecturer, that he is the father of two – and that he has a few decades of experience as a leg amputee.

Momentum Sør-Øst covers the counties of Vestfold, Buskerud and Telemark. Jan Henrik took over the chair from Hans Emil Møller-Hansen.

Jan Henrik was not without management experience in the Momentum system:

He had previously been the leader for a couple of years in what was called Momentum Vestfold and which through a later reorganization would be part of a new local team, the one that was named Momentum South-East.

At sea he was going

Jan Henrik is from 1944. He was born in Tønsberg and has remained Vestfolding. He now lives south of Åsgårdstrand.

When Jan Henrik grew up, it was in the cards that he was going to sea, because as he says: “I belong to the seventh generation of sailors in my family.”

He wanted to be a machinist, and it was part of his education that, in addition to sitting on the school bench, he worked for three years at a shipyard in his hometown. He worked as a needle boy, plumber, coppersmith, copper plumber, motor worker, sheet metal worker…

Thus he knew a lot about ships and the sea before he went to sea. He eventually received a certificate as a second engineer, later as a first engineer. On board various ships he sailed on North and South America, crossed the Panama Canal several times, sailed on the Amazon and, further north, on the Great Lakes, he sailed in the Mediterranean…

Then he became a land crab

Later he took an engineering degree, came to work with ship automation and engine room simulators, eventually became a college teacher in maritime subjects, then a college lecturer…

Jan Henrik has been particularly active in folk dance, both before and after the amputation – the one that took place in 1979, as a result of cancer of the right leg. The doctors took the leg a good distance above the knee.

Momentum South-East has some activities on the program for the coming months, initially an excursion 20. May to Kongsberg, where the mining museum will be visited and a good dinner will be eaten.

Regarding his ambitions in general for the local team, Jan Henrik says: “I hope that we get to engage the members more than I feel we have achieved so far.”