Forside / This is Momentum / Articles of Association

Adopted at national meeting 8. May 2021, in line with requirements from BufDir , regulated in regulations on grants to organizations for the disabled .

The organization’s name is MOMENTUM – The Association for amputees, dysmelists and orthosis users.

Momentum is an interest association for amputees, dysmelists, orthosis users, their relatives and other interested parties.

The association is nationwide, party politically and religiously independent and autonomous in all its decisions.

Momentum seeks to help amputees, dysmelists, orthosis users and their relatives experience the greatest possible joy of life, activity and their own mastery through inspiration, information and motivation.

Momentum will, through peer work, social policy work, education, information, support for research, seek to improve the medical, social and economic conditions for amputees, dysmelists, orthosis users, their relatives and other interested parties.

The majority of the organization’s members shall consist of amputees, dysmelists, orthosis users and their relatives.

Children under the age of 15 are represented by their parents.

Households consisting of an amputee, dysmelist, orthosis user and / or one or more household members can sign up as a family member. Organizations and companies can be admitted as company members.

Other interested parties can be admitted as personal members.

A unanimous executive board may appoint a person who has rendered Momentum particularly large services as an honorary member. Honorary members do not pay dues.

The membership fee is determined by the national meeting on the recommendation of the main board .

§ 5: The organization’s form of structure 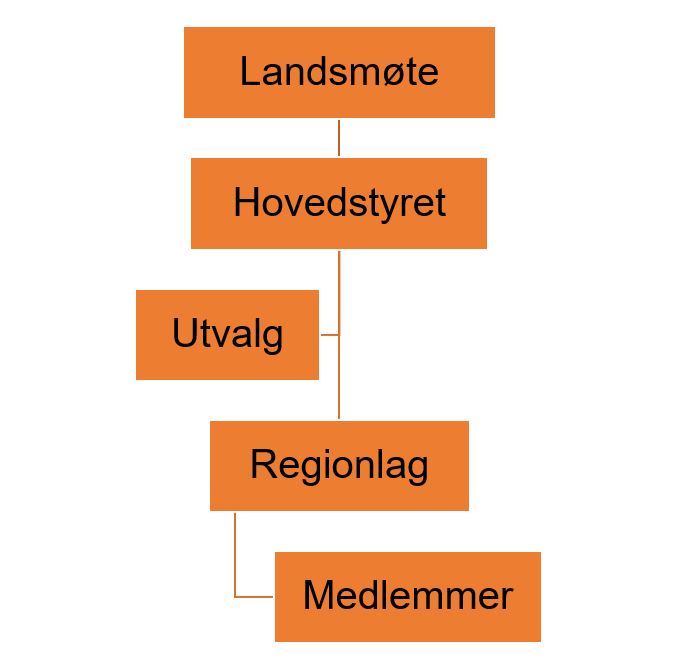 The individual member may not submit matters directly to the national assembly.

The national meeting consists of elected delegates from the regional teams and members of the main board. These have the right to speak and vote. Other members can attend as observers.

The representation is calculated as follows:

Only members who have paid the membership fee can be delegates at the national meeting.

The regional teams shall send an overview of their elected delegates and deputies to the Executive Board no later than 8 weeks before the National Assembly.

In ordinary national meetings, only the matters mentioned in the notice are dealt with.

The agenda for the national meeting has the following content:

Decisions in the national assembly are made by a simple majority unless otherwise decided.

If the matter does not receive a majority, the matter is decided by the Executive Board’s double vote.

In the event of a continued tie, re-election will take place. If the case does not receive a majority, the case is sent to the Executive Board for consideration.

The regional teams send proposals for candidates for positions of trust in the main board to the nomination committee no later than the first of January the same year as the National Assembly.

The nomination committee’s recommendation shall be sent to the Executive Board no later than 8 weeks before the national meeting.

The recommendation is sent to the national assembly delegates together with the notice and the case documents.

The National Assembly may, by bench proposal, propose candidates other than those nominated.

These must be approved by the relevant regional team before the candidate can be proposed for the national meeting.

In an extraordinary national meeting, only the matters mentioned in the notice are dealt with.

The present proposals must be included in the notice or in a document that is attached to the notice.

The delegates shall be the same as were delegates at the last ordinary National Meeting.

Chapter 3: Executive board and committee

The main board shall consist of the chairman of the board, deputy chairman, a minimum of 3 board members and 2 deputies.

When electing to the Executive Board, distribution by geography, gender and age shall, if possible, be taken into account. The majority of the Executive Board shall be amputees, dysmelists, orthosis users and / or their relatives.

The person elected to the board must be a counting member and have paid a membership fee.

Corporate members are not counting members and cannot be elected to the Executive Board, nor do they have the right to vote.

A committee consists of the number of members required for the respective committee, however, a minimum chair and a committee member. The committee may itself appoint members when necessary.

§ 14: Responsibility of the Executive Board

§ 15: Signature and powers of attorney

In financial matters, the person responsible for finance and the chairman of the board have the right to sign jointly.

In all other cases, the chairman of the board and the board authorizing the right to sign together.

In the case of bank payments, the administrative secretary and one board member are given registration access to the online bank.

The finance manager and the chairman of the board can approve payments separately but do not have access to register payments at the same time.

Momentum “region” – The association for amputees, dysmelists and orthosis users.

A regional team can consist of one or more regions, and can have several local activity managers.

Members of the organization have the right to establish a regional team if it is approved by the Executive Board.

The regional teams’ areas of work must at all times be described in the association’s action plan. In addition, the regions themselves can prepare a work program / action plan that is adapted to the conditions in their own region.

The regional annual meeting is the regional team’s highest authority.

The regional annual meeting is held every other year, before the new year the year before the national meeting.

The regional leader / regional board convenes the members no later than eight weeks before the regional annual meeting.

Event. Proposals for candidates for the Executive Board

Decisions at the regional annual meeting are made by a simple majority unless otherwise decided.

In the event of a tie, re-election is held.

If the case does not get a majority, the case is decided by the regional leader’s double vote.

Elections must be in writing if a voter so requests.

The nomination committee nominates candidates for election at the regional annual meeting.

The nomination committee’s recommendation is sent to the regional team no later than four weeks before the regional annual meeting.

The regional annual meeting can itself propose other people than the nominees.

In regional teams where there is no active nomination committee and / or active membership, candidates can be nominated on the initiative of individual members of the organization.

§ 22: The regional government and composition

The regional board consists of at least one regional leader.

If possible, it is desirable to have a deputy chairman, one to three board members and / or a deputy.

Board members are elected for 2 years at a time.

The majority of the board members must be amputees, dysmelists, orthosis users and / or their relatives, be a counting member and have paid a membership fee.

§ 23: Signature and powers of attorney

In financial matters, the finance manager and the regional manager have the right to sign together.

The regional board can grant powers of attorney.

In an extraordinary regional annual meeting, only the matters mentioned in the notice may be dealt with.

The present proposals shall be included in the notice.

Inheritances, foundations, legacies and funds that are not decided by the donor to a regional team are managed by the Executive Board.

When establishing funds in regional teams, the Executive Board shall be consulted for the preparation of statutes in accordance with public regulations.

Contributions, grants and gifts where the donor has not himself determined the distribution are distributed according to the Executive Board’s decision.

A regional team can be disbanded if it is adopted at the annual meeting by a 2/3 majority of those present with the right to vote.

If closure is decided, an extraordinary regional annual meeting will be convened with closure as the only issue. There must be a 2/3 majority.

If the closure is approved, the regional team’s funds and assets will be managed by the executive board until a new regional team is formed.

If a regional team acts in violation of the articles of association, rules of procedure or decisions of the national assembly or the main board, the main board may decide to exclude the regional board.

In that case, the Executive Board shall convene an extraordinary regional annual meeting of the regional team within three months of the decision on exclusion.

Members who deliberately oppose Momentum’s interests, program or action plan may be excluded from the organization by the Executive Board.

Such matters may be raised by the regional boards and / or the main board.

The member may demand that the decision in such matters be reviewed by the national assembly.

Chapter 7: Interpretation and amendment of the articles of association

§ 29: Interpretation of the articles of association

Questions from members and regional teams regarding the interpretation of the articles of association can be brought before the Executive Board.

The Executive Board’s decision on such matters is final until the dispute is resolved at the National Assembly.

§ 30: Amendment of the articles of association

Amendments to the articles of association can only be adopted at the national meeting with a 2/3 majority of those entitled to vote present.

Momentum can only be dissolved if it is decided at a national meeting with a 2/3 majority of those entitled to vote present.

If closure is decided, an extraordinary national meeting will be convened with closure as the only matter. There must be a 2/3 majority.

If a resolution is passed, the national assembly elects a resolution board of three members and two deputies.

The auditor approves the winding – up board’s audited accounts with final effect.

The funds left over after Momentum’s obligations are transferred to the Princess Märtha Louise Fund.